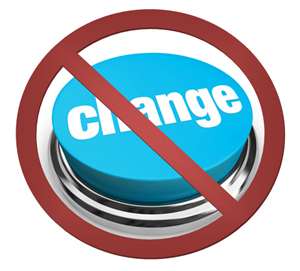 Food. Food. I need food RIGHT NOW. I’m hungry, so hungry I even started picturing grub I would ordinarily never touch with a 10ft short pole. I had to consciously shove a mental image of Amala into my mental bin from whence it came. My vision was all shade of blurry and it felt as if I had got a kg of salt dissolving on my tongue. I stumble drunkenly towards the nearest cafeteria.

“Do you have rice?” I half-growled. No response, I repeated my request a little louder, disdain heavy in my voice. What, I was hungry.

“Ehn and?” came the irritated reply.

I looked up to the source of the sound and my eyes focused on the ugliest lips man has ever been forced to bear and a sullen face that would have given a bulldog pause. I may be hungry but that voice irked me greatly and I had to quell the urge to barbecue her stupid face. I pointed to plantain, coleslaw, a ginormous fish tail and a pack of orange juice. I was beyond speech. My bill came out at N1350. I grabbed my wallet and drooped two one thousand Naira notes on the counter.

“Ehn! What for? I DONT HAVE CHANGE O“. She spat in that irksome voice.

OK, that is it. I have had it. I grabbed the scythe hanging loosely but out of sight in my duster pocket and made quick messy work of her jugular. Her neck spurting crimson wonderment, I leveled a dispassionate stare at her twitching dying body. I calmly grabbed my plate of food and drink and walked away. On second thoughts, I turned back, grabbed my two thousand Naira crisp note off the table and put into my respectful wallet. Tsk! 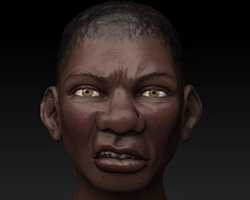 Not all of that was fiction (I have eyes still for the Oscar for best screen-play). The “no change” bug seems to have caught on in Nigeria; from the road-side Madam Tuale restaurant and commercial vehicles to established businesses. Hear what a columnist of Thisday newspaper has to say about it;

“The point must first be made that this is a widespread practice. Of stores/supermarkets and others willfully confiscating their clients change. It only makes sense to use Grand Square as ‘contact point’ for the other stores, some quite nameless who think that giving change is a favor, because Grand Square just as its name suggests is a bigger brand. Moreover in terms of scale, it would appear as if Grand Square Abuja has elevated this practice to a grand policy.

It isn’t just the lack of change but the whole attitude that accompanies the transaction. Quite often, the customer is handed her receipt and told offhandedly “I don’t have N40, N60, etc” it would now be left to you to decide if you have the time to waste waiting for a mere N40. Actually, no one expects ‘a whole you’ to wait or be inconvenienced ‘just because’ of N40. In fact someone may tell you “You are more than that now!” and except you are thick-skinned or a crank, you’ll then remember that you are more than N40. But God forbid that you will be the one to wonder why a store will still take your money when it doesn’t give discounts, no Christmas bonuses, nothing (Zibah: Tell ‘em men).

At other times, apparently under some pretext that the customer is being helped out, you are asked if you have N80 or some other amount. In this case you have to be very good in Maths. Or at least a very good Naira-mathematician which I’d thought I was until after such transaction, I returned to my car and realized I’d been short-changed by almost N200, all because…(Zibah: Happened to me once, I was miffed).

Sometimes, you are not given any explanation at all probably because the sales person would have surmised that the amount involved is too small to bother you with any explanation (Zibah: I maintain, customer care is zero in Nigeria). What they forget is that even a measly N5 multiplied by the thousands would amount to a sizable amount which goes into the company’s purse. In any case, N1 or N5 it’s the customer’s/buyers money and her prerogative to do with what she pleases.

By the way, I’m sure there is a business idea somewhere for people to supply stores with change. Because I’ve never been told anywhere in the world, even in places they use real changes (pennies, cents and all), that there was no change or that I should somehow get involved in the process of helping to sort out my own change.”

There, she has said it all. No point in Zibah flogging the topic any further. Nigerian establishments should quit shoving their piss-poor customer service down out throat. Employing polite staff along with providing their customers with complete set of change for every purchase is a start to improving their business and expanding their client base,. It would not hurt to employ good looking people too. What, I’m just saying.

I’m pretty sure you have clawed a conductor’s eye over change, abused a food-seller, roughed it out with your favorite bend-down select vendor etc. Don’t be shy, share in the comment box. *chuckles*

2 thoughts on “NO CHANGE”