Their disposition is as sore as the backside of our children who attend public secondary schools. Their mandate- to sanitize the street and keep the Nigerian citizen safe and pampered, a mandate they carry out through harassment and the occasional bullet hole in necessary body parts. Their justice is available to the highest bidder, earning them a concluding spot in the morning prayers of many households. Introducing you to the black on blacks, the Nigerian Police force.

Keep us from all evil and the clutches of the police today. 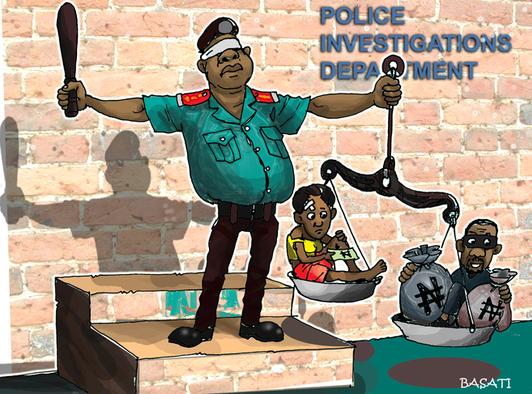 I Zibah have been away for almost 2 years. I have grown older (duh!)- I am 25 now and wiser to the ways of women. Beyond the 2 sentences just rendered, I intend to give no further explanation as to the reason of my being away. So carry on, go tell yo’ grandma that Zibah is back with his unique perversions. Handsomer than ever.

Let’s away our attention from my stunning narcissistic indulgence for a tick and return to the elite group of men and women whose stories of heroism and grand achievements are few and far between. I’ve had many run-ins with the law, some plain hilarious; others didn’t have me laughing so deeply.

I’m playing chauffeur to mama Zee today, her destination- the infamous Mile 12. I took a turn under a bridge alongside some bus drivers when some fat police lady with no neck and bursting at the seams of her police uniform jump in front of our Honda Odyssey.

“Park. Park”. Cundan (come down) oga” ordered no-neck Obong with a nasty scowl on her face.

Before I could say zibahlibahheresgoldspot two other officers somehow gained access into the back of the Odyssey.

“You no know say this turning no be for car?” Obong continued in pidgin English.

From the narrowing of her eyes, I instantly knew I had made the first mistake of the day; I had just labeled myself an ajebor ripe for the fleecing.

“Abeg officer, I am a Christian and would never have made a wrong turn if I’d known. Please forgive me. I am a child of God”.

Nigerians are generally a religious bunch when playing defense. The clearly unimpressed OC (Officer in Charge) whose breath fumes could power a small fire promised to drag our ass to Alausa. Mama Zee’ Christian pleas falling on deaf ears, she switched tactics to tears- red eyes and running nose in the appropriate places within seconds. This clearly pissed the officers off as we were proving to be bad market. After unsuccessfully invoking God a couple of times and bestowing rejected blessings mixed with a leaking nose, Mama Zee started growing impatient. I had been silent since my first blunder but was growing weary of the exchange so I elbowed my mom in the side and nudged a wallet to her, immediately grasping she pulled out 2 Alhaji Aliyus (N1,000 notes). We ended up parting with 3 Aliyus to extricate ourselves from the grubby arms of the law for making a wrong turn at a place with no road sign. As I drove off, Mama Zee cast dirty looks from her now perfectly dried eyes at the officials sniffing delicately into the air. 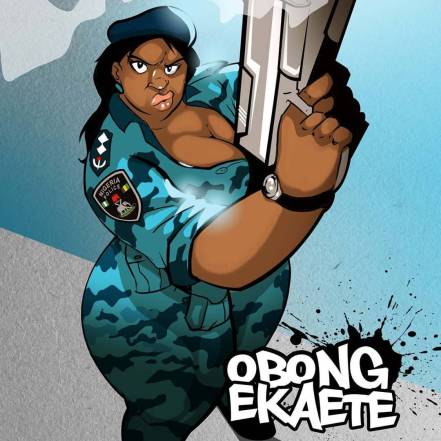 His real name is really Joe but he earned the name Ascaris as he was forever in a toilet and absorbing worm expellers back in University. This happened during my interning years. I was still playing away at Microbiology at a Hospital before witnessing the careless handling of a Hepatitis B blood sample spilled on a workbench washed with water. Ascaris was my colleague at the hospital.

We were making our way home one wretchedly hot noon (we had morning shift) when we spotted the Po-Po behind a barricade conducting a stop and search. They pulled up a taxi carrying a refrigerator. Upon inspection said fridge was empty but they requested the driver carry the fridge out for ‘further inspection’. Obviously irritated from the hot weather Ascaris had sarcastically said within the hearing radius of an officer  “they won’t do their job, it’s only to look inside fridges they know”. Several heartbeats later I am chasing a black maria with Ascaris bundled in the back trying to convince the policeman that Ascaris is my addled cousin just come from the village. An unlucky day saw two officers in black flagging down Lucky’s Honda saloon car around Bode Tomas in Lagos Mainland. We were both asked to ‘cundan’ (come down) again. They split us between themselves.

Let me see you I.D. I produced

Any laptop.  No sir

Is that your bag? Yes

Open ya bag. I opened.

Where is your phone”

Give me your phone.

I reluctantly handed it over, as I absolutely detest scrutiny on my mobile device.

Who get this Yansh”. Tony come see big yellow yansh for this boy’s phone o. He beckoned at his partner.

Na you prick be this? o boy ay . He had stumbled across my chat with Tess. Sighs!!

And on it went for the next 7 minutes with jibes and laughter. Knowing that I was dropped on my head multiple times as a child thus thoroughly destroying any sense of shame I would have otherwise possessed, I was more incensed at the abuse to my privacy than the sinful nature of content of my phone.

Now you may be thinking that oh! Nigerian police force isn’t so bad they are actually quite entertaining. That they are but don’t delude yourself into believing they are your friends. I’ve had more experiences of a darker nature but I prefer to keep that in the burner for now after all it’s been away for 2 years and I only just returned so we have time to catch up on loads of things.

Let me return to my stripper pole. I trust inspiration for a new post would hit me like an avalanche while swinging limber mid-air and exposing my lumbar vertebrae to shattering.

Talk to you later