What I tell people happened

I had a buddy visit Lagos, I was occupied through most of his stay and by the last weekend of his visit my elusiveness had edged him into a  maniacal frenzy and he was reduced to threatening my future wife with murder if I failed to make out time to hang out and catch up on things. I tried to get him to understand that I was now popular demand for  desperate and lonely Nigerian newly divorced women and young oil heiress and thus could not make out time from my  elaborate seduction scheme to ‘hang’ but he remained resolute to carry out murder in the future so I thought, what the heck, let’s do this.

Set day arrived and we were making our way to a popular bar and somehow got separated, no thanks to the volume of human traffic. Then I noticed a guy trailing me; scruffy, suspicious and generally looking like he needed several slaps. This was his undoing. I had my eyes on him so I was ready when he attempted to slip a hand into my pocket. Quick as lightening, I jabbed 2 fingers in the general direction of his kidney, as he bowled over in pain, I kneed him in his nuts on general principles. Straightening up, I noticed my mobile device crushed on the floor, the man probably succeeded in pulling it halfway out of my pocket and then a speeding commercial bike must have ran over it. It was just a phone that I bought barely 2 weeks ago. No big deal.

This version is properly tweaked based on the gullibility of my audience.

END_OF_DOCUMENT_TOKEN_TO_BE_REPLACED

On this faithful day I was pursued by a beastly dog and was saved by Bruce Lee and Jesus Christ.

The weather was perfect; windy. My selected location was serene and upper class. I grabbed my mobile phone, my wallet and ATM card (never leave the house without cash, I learnt the hard way the day I wound up in the great company of our amazing police officers and had only N75 in my pocket. I became intimately familiar with their station’s interior before the end of the day), shoved my feet into my ridiculously pricey slippers (never smile at a pretty sales girl, they are adept at financial witchcraft) and set out.

END_OF_DOCUMENT_TOKEN_TO_BE_REPLACED

Peju told me about the wedding; 2 elite families coming together in marriage. Peju happens to know the bride, they go way back from her stay overseas and she was eager to celebrate with her on her special day though I knew better, she was going for the food (same with me). I did not know the bride or the groom from Adam and I could care less if they were getting married or committing suicide though one thing I’ve learned about elite marriage ceremonies is to be present and expectant (2 things then). The last elite wedding invitation I turned down, I learnt that all guests had received N100, 000, Ipad Airs and great big bags containing designer gunk. I was only interested in the cash and Ipad, why? My account can do with the sprucing and my tech gluttony has no limit. Today, I was expecting something more dramatic to be given out to guests, like say latest model cars. What? I can hope.

END_OF_DOCUMENT_TOKEN_TO_BE_REPLACED

Warning: This post contains nudity and unsanitary words and  will likely leave you and your cat unconscious….. 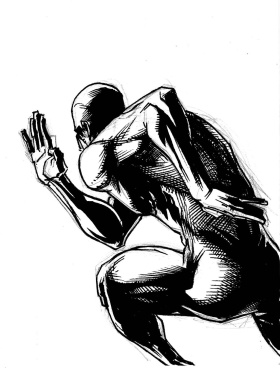 “Hey Blood, I’m on my way to Lagos and I’m crashing at your place for a few days. I should be at your zone in about 4 hours; give or take an  hour”

“Yo! Kenny. Uhm! Sure” I responded

I’m usually reluctant to have people in my personal space for more than a few hours but Kenny isn’t people. I had met him about a year ago at the send-forth of a mutual friend and we struck up a fast strong friendship. I’m currently on a “break” from work so there has been zero; meetings, traffic mishaps, bad ‘mama-put’ lunches and weirdly I have not seen Jessie (won’t be shocked if she calls me with an International number to announce she just got married to some guy she met 5 minutes ago and is currently having her ring tattooed on her butt cheek) so yeah, I was bored stiff. Coupled with the fact that I had not caused anyone grief recently and you have me in full-blown depressed mode. 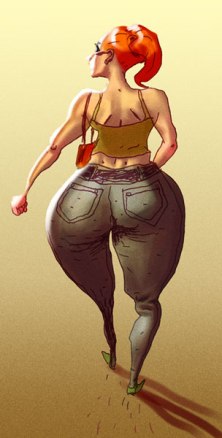 Public transportation in Nigeria is like many other things here; stressful. Take for example today, I had business that dragged me to the Oyingbo axis of Lagos Mainland, on successful conclusion of the business, I boarded a commercial lorry/bus to return to my apartment. I have always detested hopping into commercial buses that insists on mashing 5people in a 4-assed seat; it was just my luck that every long vehicle in this area insists on 5people.

At  the point of boarding the partially-filled vehicle, I scanned for a comfortable seat,  ‘comfortable” here refers to a semi-tight spot beside a window (for fresh air). Seeing no such space vacant, I made my way to the next best thing-2 seats from the window. I tuned out all the voices around me; fellow passengers and hawkers screaming the names and state of their wares then I mentally sent a message to my butt asking it to absorb as much comfort as it could as the luxury of being scattered carelessly wouldn’t last long.