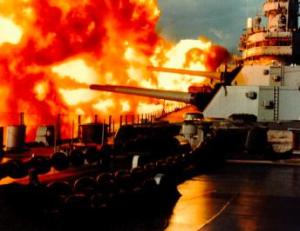 ‘‘Oh dear Lord, I think he is the one. Do you know that the other day after I closed from work, he was at the waiting-room with a box of chocolate and warm, sexy oh-I-can’t-wait-to-eat-you-grin. Zibah are you even listening?’’ She asked as she poked me in the chest with her freshly manicured fingers. Before I could respond she had lapsed back into her reverie of romance….sheesh!! She reads far too many romance novels.

‘‘Last weekend, we had the most amazing adventure’’, she went on to recount the boat ride, the bowling, and the sex (darn gal, where is your dignity…..anal???). I had to take it all in stride as this is routine.Oh hey, it’s Zibah and the chatty, excited my-cheeks-would-tear-if-I-grin-any-wider babe is my friend Jessie. She has appointed an unwilling Zibah as her love counsellor and tactician. Jesse is an Accountant and holds a prestigious position in an impressive firm somewhere in Lagos state. She is very pretty, tall, curvy and spirited, earns a ton of money but has the sense of a rock when it comes to relationships. She finally broke up with Segun, her sleaze-bag boyfriend of 3months about 2weeks ago and only called me after she had unsuccessfully tried to get in touch with Segun’s mama (a freaky heavy-set woman, with jiggly arms twice the size of both my laps and boobs like huge bazookas that seem as if they can feed the entire Africa and some), his siblings and even his hard of hearing grandma to see if they could ‘‘rehabilitate him so I can go back and just maybe we would get married’’ she says.

We met at her post-relationship hangout two weeks ago some hours after the breakup, and I went prepared even purchasing several extra cheap handkerchiefs on my way because there was bound to be tears and snort with her downing more than a few glasses of her my-relationship-just-gone-south drink; vodka mixed with mountain dew (its tradition and I have known Jessie for over 7years). As usual after about an hour of sad heart wrenching tales (I guess they were sad, I tuned her out after a bit….also tradition) she asked me to come up with a plan on how to get back at him (tactician Zibah). How do I get myself in these situations? I started mumbling some ‘’you are better than this crap, you need to move on…..’’ wait, why isn’t she responding? I look up at Jesse only to see her staring unabashedly at a young man dressed in dark-blue jeans and a white tee sitting across our table. Jesus Jessica, already!!! She didn’t even have the grace to be embarrassed as she went to the female room (or wherever)  to clean up and reapply her make-up and minutes later she was sitting beside ‘young man’ and laughing like a retard at the jokes he was telling that I could bet even he didn’t really find funny. I nursed my cold beer; ogled an exposed cleavage and a tight butt here, a pretty face there but plastered a shoo-I-would-rather-not-be-approached scowl on my face. Half an hour later I stood and headed for the door, Jessie didn’t even notice. I can’t help chuckling at the snot filled handkerchiefs and the beaming Jessie I was leaving behind.

So here I am 2weeks later eating cereals in the comfort of my room and watching the movie ‘Battleship’ and Jesse bounces in, bursting with barely contained energy (who the f… let her into the house???) and after a quick peck on my head starts to narrate her epistle of true love. The babe didn’t even notice the frown on my face. I ultimately had to pause watching my movie as I couldn’t concentrate against the chatter.

‘‘Yesterday, he spent the entire night in my apartment’’, she giggles. We talked and talked and talked but Zee, he told me he has a girlfriend in Port-Harcourt and that he is planning on calling it quits with her as the long distance relationship isn’t working out for him. I sigh tiredly and ask her the odds that he isn’t seeing some other chic besides her in Lagos;

‘‘HE WOULDNT DARE’’, she retorts as her eyes flash dangerously.

Whoa!!! I cringe even as I maintain an impassive look on my face.  Did I mention Jesse can be creepy? She reminds me of Laura, a girl that had it bad for me some years back. I’m usually oblivious to subtle advances from girls save someone points it out to me or the babe carries a placard on her head saying ‘‘I’m into you, are you blind?’’, Laura was anything but subtle and to cap it off, there was something about her that creeped the hickory-wickery-jiggery (yes, it was that bad) outta me and screamed witchcraft. I often used to erm pray before going on dates with her and I promptly trashed her food items. What, haven’t you ever heard of love potions? Hey, Zibah isn’t usually prone to paranoia so something was definitely off with the chic as I have sharper instincts than a 9months old pregnant chic. Thank heavens we lost contact.

So Jessie is still raving on about the new bloke from the hangout *rme*. She wasn’t even aware that at a point I had powered my Laptop or that I’ve been typing for awhile.  Gotta go before she shuts up long enough to figure out that I’m paying more attention to whatever I’m working on than to her gist. Sighs!!! I stare longingly at my TV, Battleship would have to wait. Love you Riri (in the movie not essentially in reality).

*peeks to see if Jesse is watching me….nope. Clicks save, send and powers down laptop*